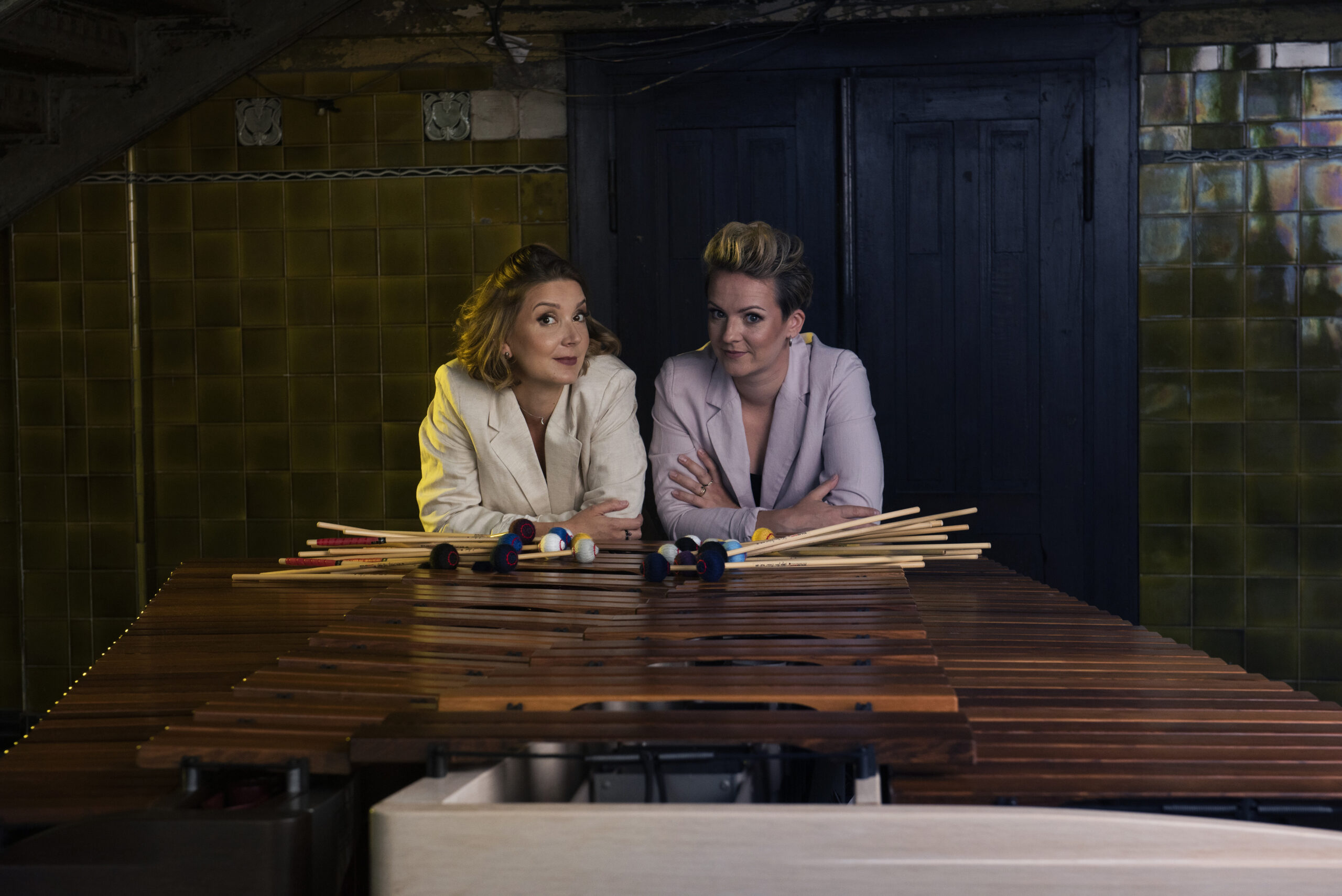 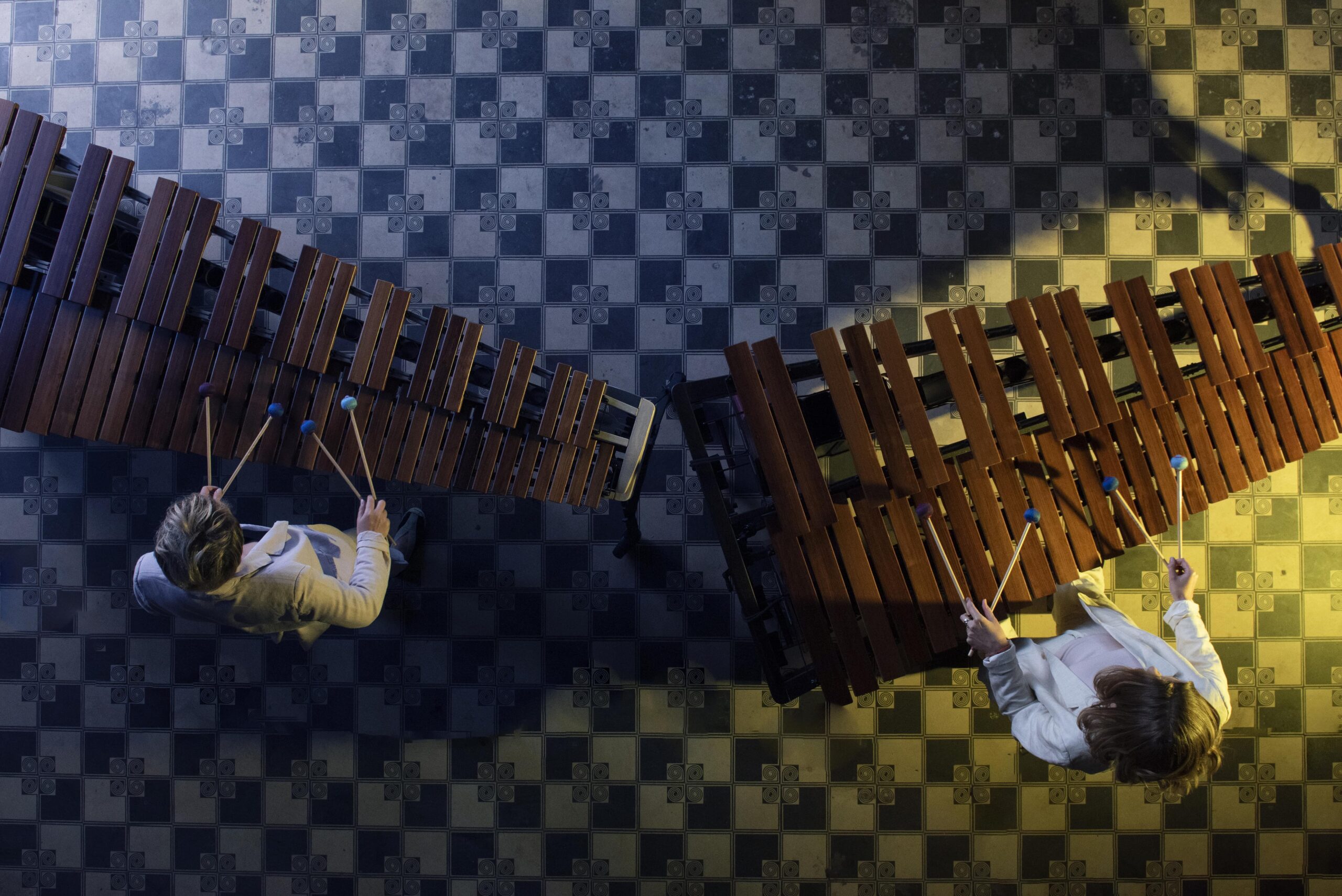 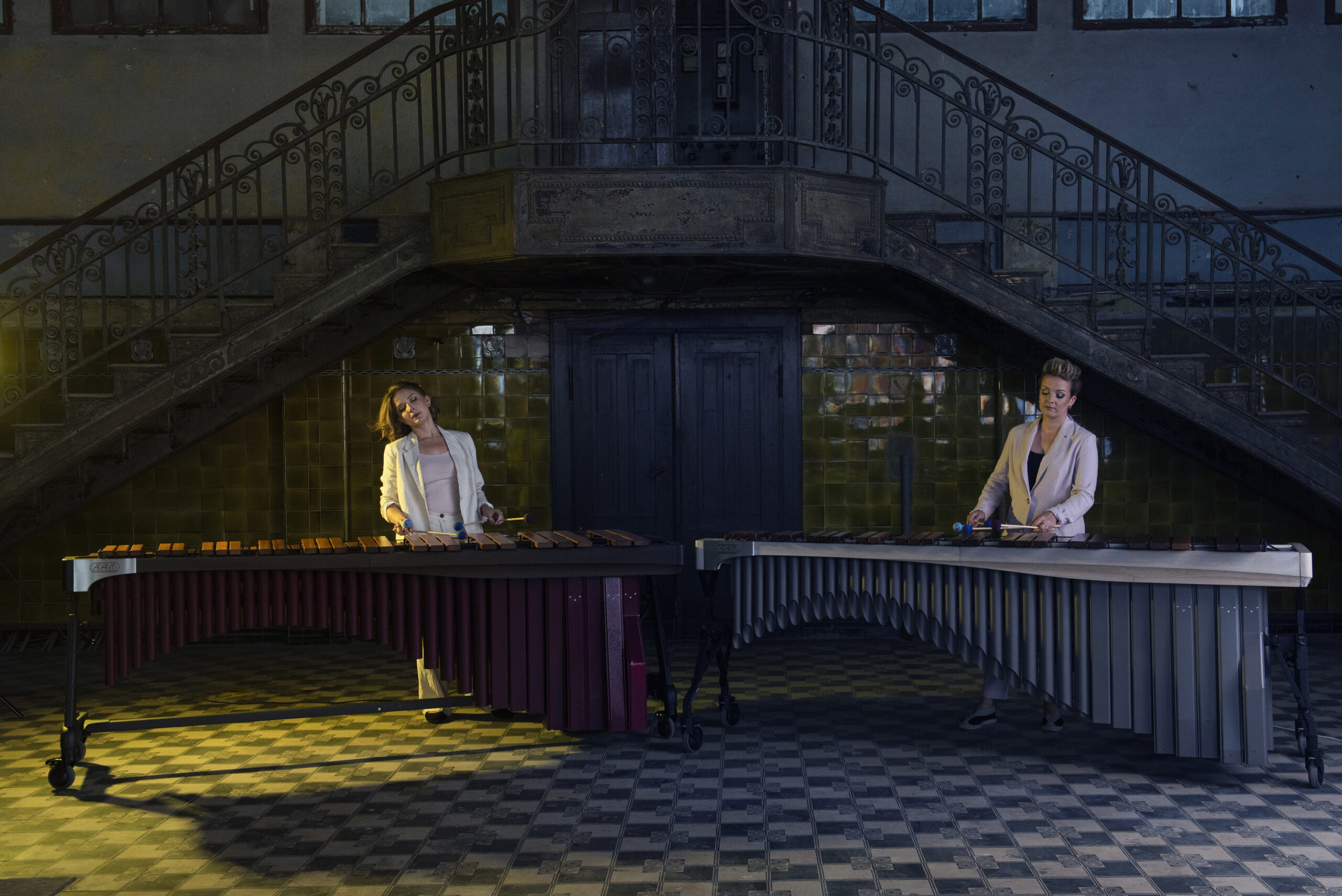 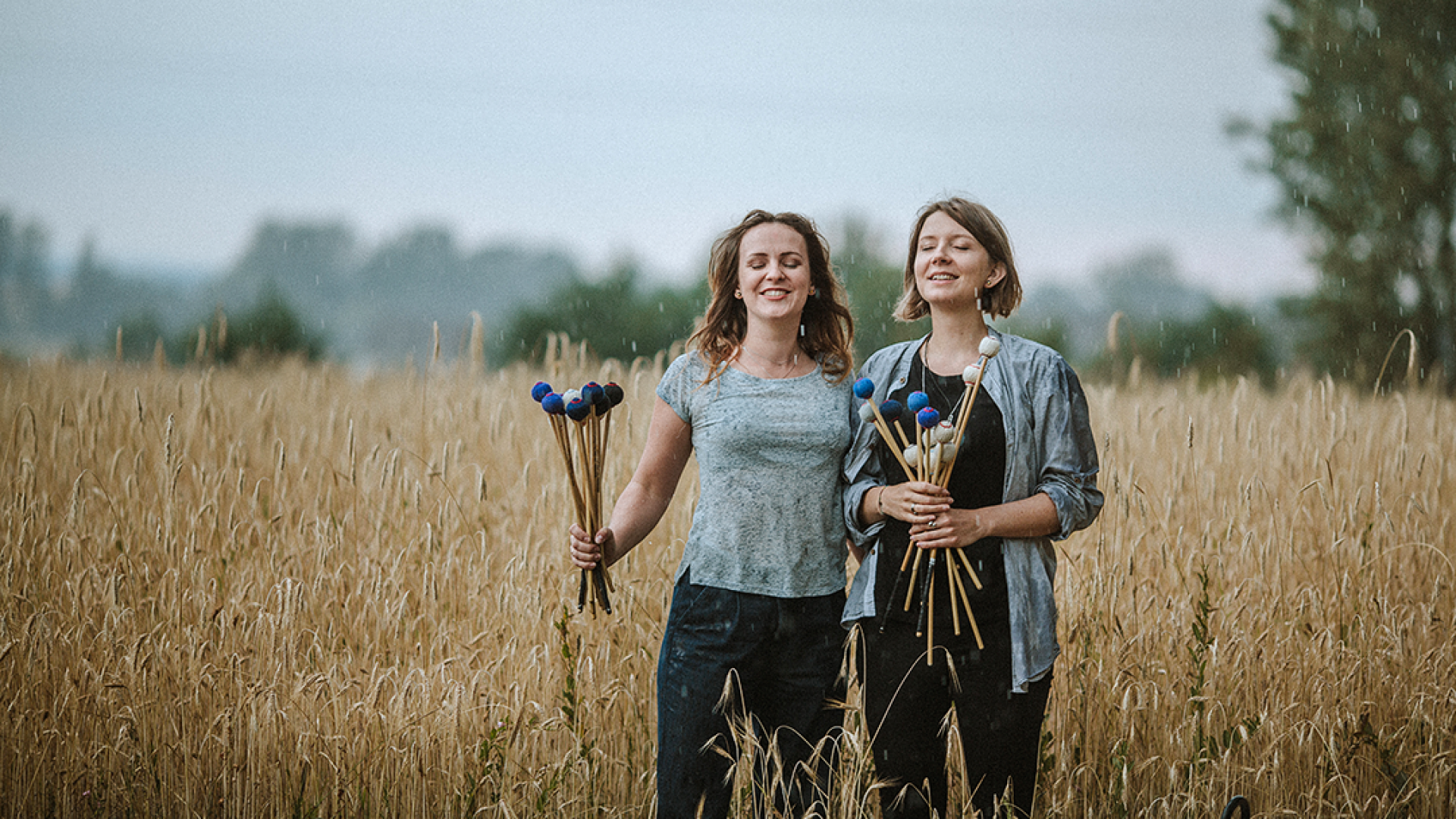 Dalbergia Duo (Anna Rutkowska & Julianna Siedler Smuga) is a unique female marimba/percussion duo from Poland established in 2017. Their performances are filled with a mixture of sensitivity and elemental women’s power. These two marimba ladies put together on stage create multitude of colours and picturesque musical landscapes.

Dalbergia Duo perform a variety of musical styles and genres including both pieces already written by great world known composers of classical and contemporary music, and those commissioned by the Duo. They actively cooperate with composers of the young generation, building new sonic vocabulary for marimbas. They also give new life to the “classics” written for other instruments inter alia piano compositions by Polish masters Karol Szymanowski or Ignacy Jan Paderewski. There are no performing boundaries for Dalbergia Duo. Apart from the classical repertoire the artists deal with contemporary performative compositions with audio-visual layers, as well as theatrical works. So far Dalbergia Duo have performed in Poland and abroad at many significant international music festivals, like inter alia Poznan Music Spring (Poland), Agora Actual Percussio (Spain), Doctors in Performance (Lithuania). In 2017 both artists obtained the Doctors of Musical Arts degree in Performing Arts. In 2019 Dalbergia Duo won 2nd Prize at IMKA International Internet Music Competition in Sarajevo (Bosnia & Herzegovina) in the Chamber music category, in April 2018 artists became laureates of the 1st Prize at International Master Competition for Music Teachers and obtained recommendation from Polish Music Foundation for outstanding interpretation of Polish works. In December 2018 Anna and Julianna were awarded with 2nd Prize at International North Music Competition in Sweden (Stockholm) – chamber music category. Julianna and Anna are both active members of Marimba Festiva – International Marimba Association. The Duo actively runs marimba masterclasses and workshops inspiring the younger generation with their passion for percussion  From the end of 2020 Dalbergia Duo is proud Artist Endorser of Schlagkraft Mallets and Adams Percussion. 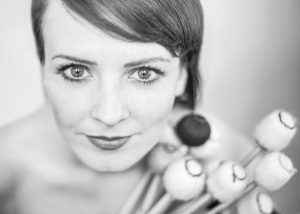 Anna Maria Rutkowska, DMA  is a talented and openminded Polish marimbist and percussion artist with a huge desire and determination for discovering new fields of music.

​In 2017, having completed Doctoral Studies at the Academy of Music in Cracow, she received the academic Doctor of Musical Arts degree in Fine Arts for the doctoral dissertation on the influence of culture, traditions and arts of Japan on the works for marimba solo and chamber marimba music by Japanese composers: Keiko Abe, Minoru Miki, and Akira Miyoshi.

In 2009, as the Laureate of the XII International Competition of Contemporary Chamber Music in Cracow, (Poland) Anna Maria directed her main focus on solo and chamber marimba performance. 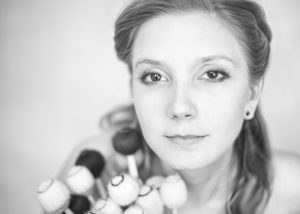 Julianna Kamila Siedler-Smuga, PhD , graduated with honors from The Grazyna and Kiejstut Bacewicz Academy of Music in Lodz, with degree Master of Music. In 2014 she obtained Master in de Muziek degree (marimba podium) in marimba class of Ludwig Albert and Chin Cheng Lin at Koninklijk Conservatorium Antwerpen (Artesis Plantijn Hogeschool Antwerpen). In 2012 she continued education at doctoral studies in her alma mater. In academic year 2011/2012 she get in Erasmus Scholarship Programm and studied in Koninklijk Conservatorium Brussel, where she had plessure to meet and work under direction of G. Franҫois, B. Quartier and B. Bouckaert. In 2013 she get to semifinals of International Marimba Competition in Opole, in 2014 she passed preeliminations to International Marimba Competition in Bamberg, she also took a part in the Yamaha Scholarship Competition 2013.As a soloist she can be spotted playing independent concerts and also during many festivals (inter alia: Musica Privata, Umami Live Berlin, Film Music Festival in Lodz, Musica Moderna), masterclasses and academies in Poland and abroad. She constantly

From academic year 2014/2015 she connect her two passions – for playing percussion and teaching, her success is reflected by winning prizes by her students at region and national area. 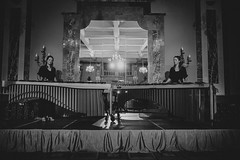 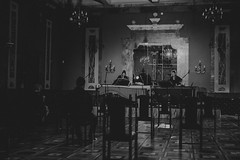 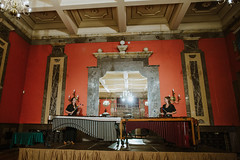 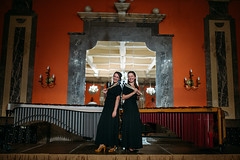 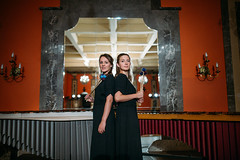 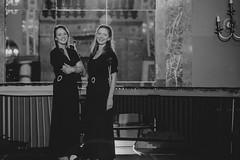 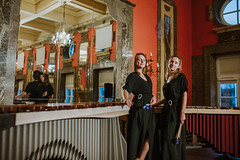 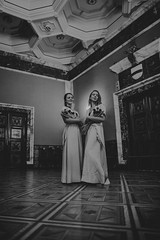 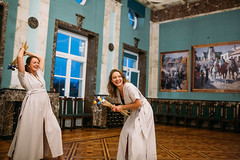 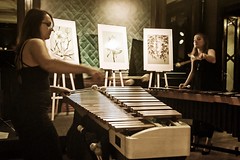 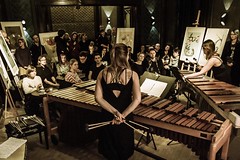 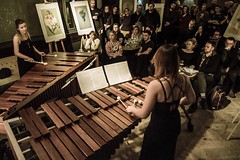 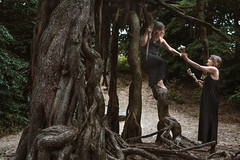 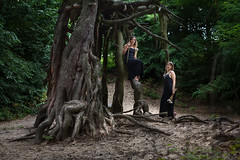 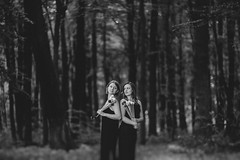 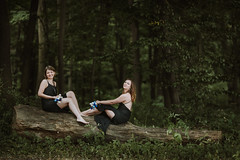 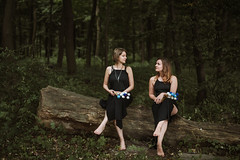 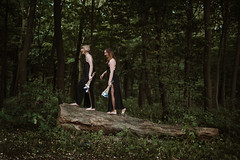 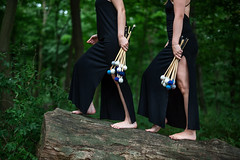 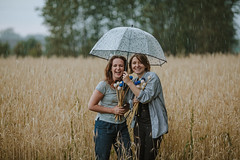 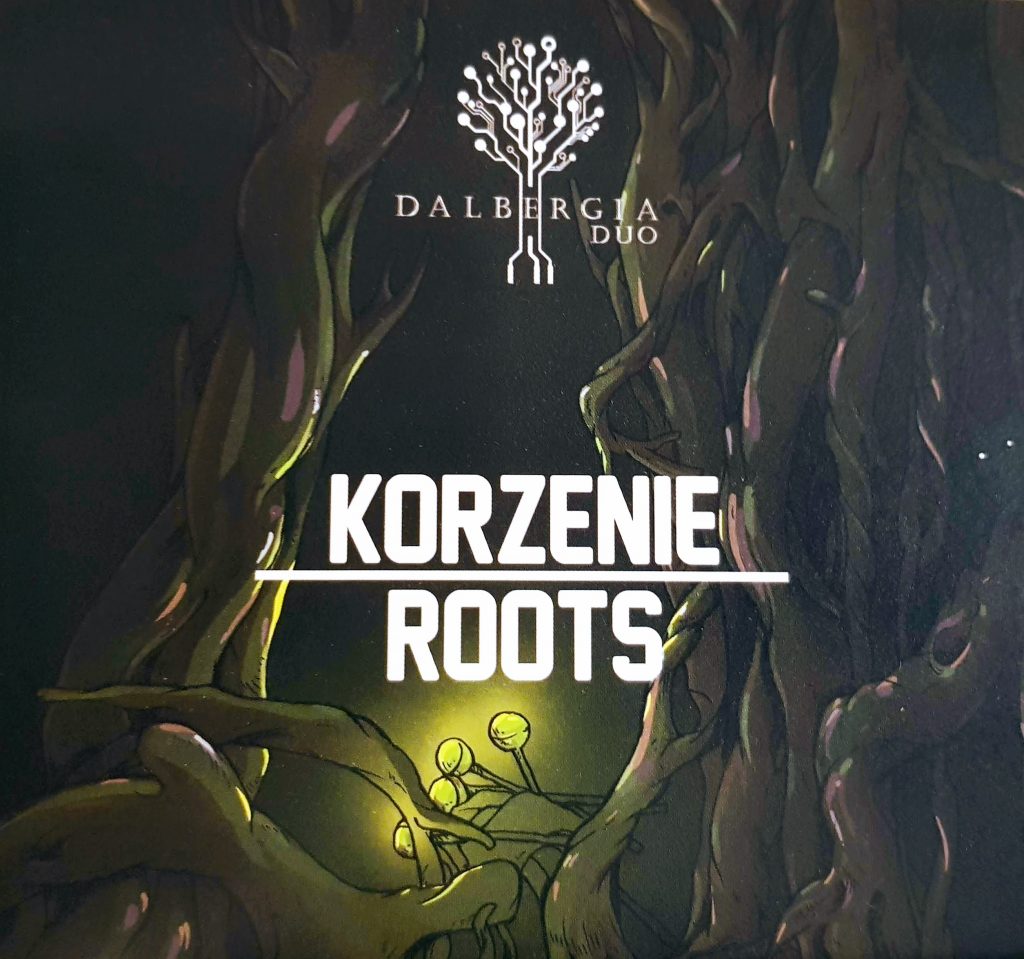 While contemplating our existence, when our beloved come and go, beginning and the end of our

lives there is a moment of inner research on „who am I”? Like Gaugain’s painting „Where do we

come from? What are We? Where are we going?” we want to find the answer and it comes in form

of our „Roots”. The duo’s debut album containing Polish music intended for two marimbas has already found many supporters.

The album includes compositions: arranged for two marimbas andcomposed especially for Dalbergia Duo and dedicated to them:

“Roots” is not only an artistic pearl, but also a disc that could boldly aspire to be an audiophile edition. (…) ” Piotr Iwicki

“It’s a ready showcase of our music. Our art, our culture. Oh, on a five-star scale … six stars. ” Piotr Iwicki 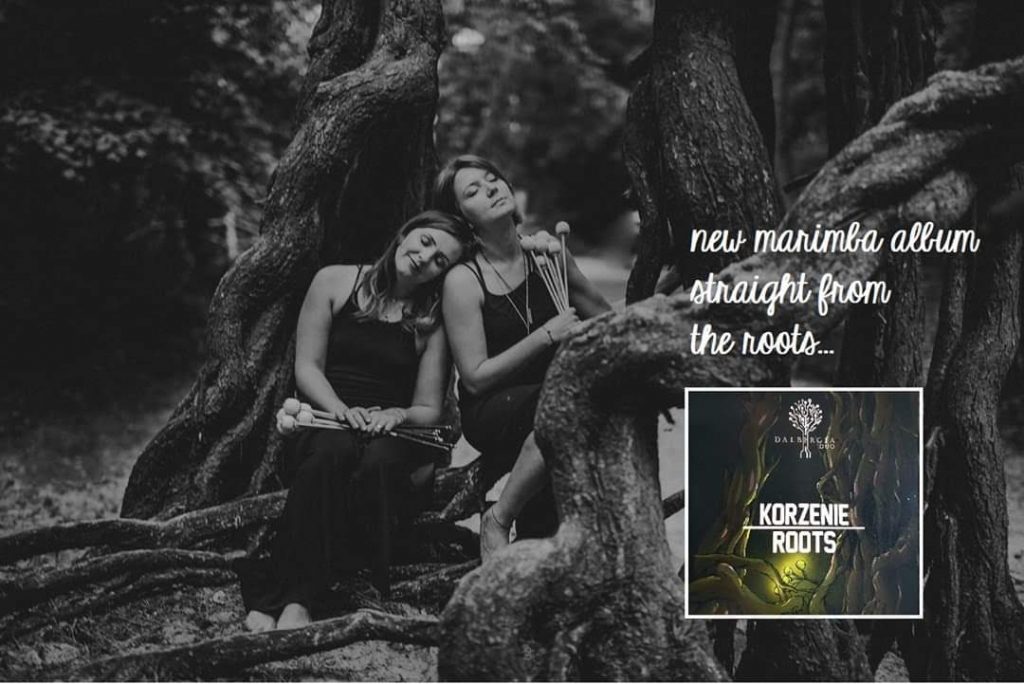